What is a Tablet Computer? – Steps of Data Recovery

Tablet Computer is frequently abbreviated as Tablet PCs or Tablets and are well-defined as flat thin computers, mobile PCs that are fitted with a touch screen display and a rechargeable battery. In the last few years, tablet PCs have become very common because of their great features, special applications, and movability. Tablets vary by application and processor. Apple and Intel produce the most broadly used processors for tablets. Some tablets use the Android OS, some Windows OS while the iPad tablets from Apple are based on iOS.

So, what is a tablet computer?

Tablets come with applications that perform all kinds of functions. Typically, tablet apps use touch screen effects to deliver a feeling that is not available on mainstream computers. Computer Tablets also use an accurate touch screen control system that provides a different feel to that of a Laptop computer. Some tablets come with an additional portable keyboard that can be connected and used for faster typing. Tablet computers are similar to Smartphones in some ways and can be used to take pictures, make calls, send messages, record videos, and perform other functions that a smartphone can do. 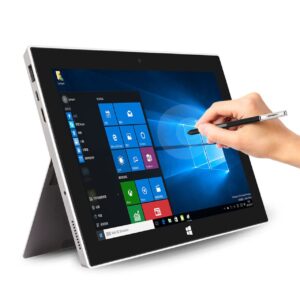 Though Tablet PCs give a good user experience, and they have some obstacles that can make a person have a bad time after losing important documents and files. Data loss on Tablet computers a very common and easily resolve with Tablet Data Recovery Software. While you have a tablet computer that has newly corrupted or is performing actions that deleted your most important files, do not worry because there is a simple program that can help you find tablet files on your tablet.

Consumers and businesses with a variety of tablet devices and apps to choose from. Together, the tablets have made many technological advances and are gaining increasing popularity in BYOD’s business premises.

Microsoft’s Surface and Surface Pro PCs power by a 64-bit Windows operating system. Surface Pro 4 has a 12.3-inch screen and features a drawing and writing pen on the touch screen. Google’s Android is the best-selling tablet OS; the 6.0 version Marshmallow is installed on devices such as the Lenovo Pro 12 tablet, while the 5.1 Lollipop is installed on the Samsung Galaxy Tab E PC PC.

Apple is responsible for boosting the popularity of tablets now, having out the first-generation iPad in April 2010. Since then, Apple has launched a family of compatible devices, including the iPad Air, iPad Pro, and iPad Mini. The iPad Pro is available in two touch screen sizes: 9.7 inches and 12.9 inches. In terms of power, the iPad Mini ranges from 16 GB to 128 GB, while the iPad Pro is available with 32 GB to 128 GB of storage. Apple also released an Apple Pencil for the iPad Pro. 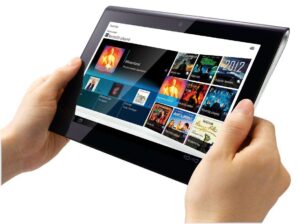 Disk Drill 3 version downloaded and installed for free on the Mac. The process of retrieving data on a tablet computer is very simple. After downloading the Disk Drill tablet recovery software. You will need to connect your device to the computer to perform the data recovery process. While data retrieving on a tablet computer is very possible, we do not guarantee 100% file retrieval. Tablet computers have an advanced application and file system that makes it harder to recover lost files than a regular computer or laptop.